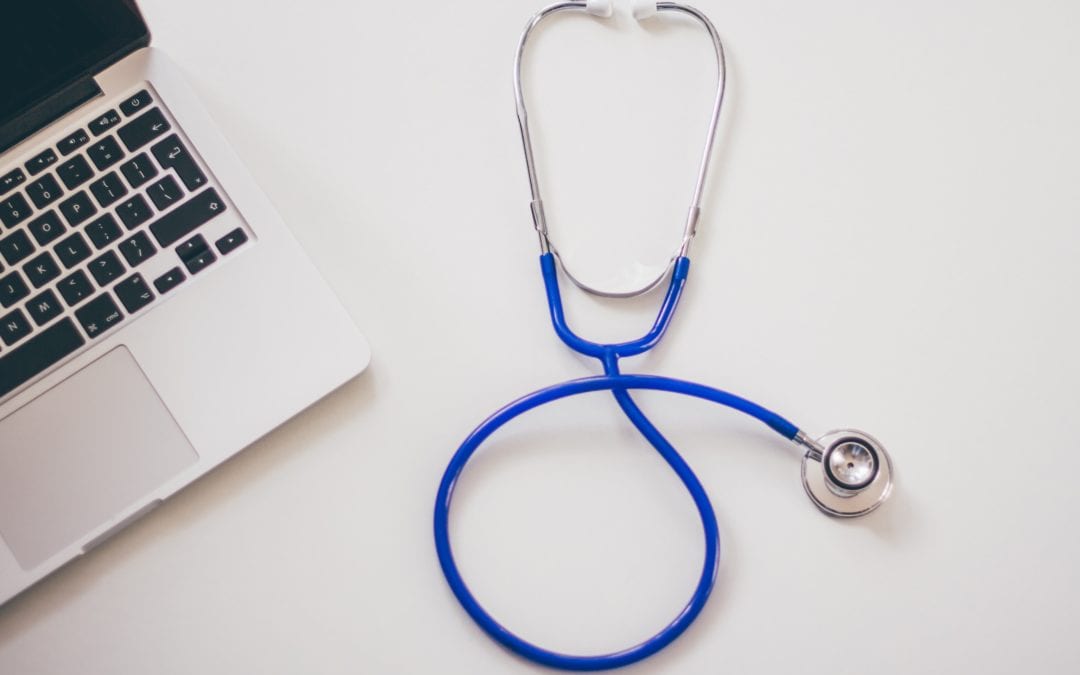 Public perception is shaped by those who speak the loudest. I’ve lived long enough to learn that lesson well. That isn’t the only truth about loudmouths, though. Those who flood the conversation are also all too often largely ignorant on the topics about which they bloviate. The idea that vocal charlatans write articles, or even write laws, that shape the industry and public discourse on subjects they aren’t qualified to shape is not new, and is certainly not restricted to the healthcare industry. Lately, ignorant but vocal people have dominated the conversation on surprise medical billing. I’ve read many articles that either willfully or unwittingly attribute the problem to medical practices, and I haven’t yet found one that demonstrates a clear understanding of the unique way medical billing works. So, I’ve decided to write one myself.

Surprise medical billing occurs when patients with health insurance are treated by medical providers with the belief that their health insurance will pay the bill leaving them with a predictable balance due, only to discover after the fact that their insurance has paid little or nothing and left them with a larger-than-expected balance. If we are to believe the public discourse on surprise billing, this is because greedy healthcare providers have chosen to be out-of-network with insurance companies so they can smack their patients with a big bill that will make them angry and will likely not be paid. There are a lot of faulty assumptions that go into that idiotic notion but, in my opinion, the most obvious but overlooked element is the question of which of the parties involved failed to do their job. The patient’s job is to pay the monthly premium to their insurance company to keep their coverage active. The healthcare provider’s job is to treat the patient and defer the expectation of payment while they bill that patient’s insurance company. The insurance company’s job is to pay the bill for the care provided to patients who have active coverage with them. Which of the three parties failed to do their job when a patient who has paid for insurance coverage is treated in good faith by their provider but get stuck paying their medical bill themselves anyway?

As mentioned above, there are a great many faulty assumptions that must be widely accepted in order for anyone to believe the absurd narrative about providers willingly surprising their patients with big bills. Here are some of the most common faulty assumptions:

If you knew that every one of the assumptions above is false, would you still believe that healthcare providers are the cause of the surprise medical billing problem? In nearly a quarter-century of medical billing experience, I’ve sent millions of medical claims for hundreds of providers and not once have I seen a provider intentionally stay out of network with an insurance company so they can hit their patients with a big bill. What I have seen, countless times, is insurance companies finding new and creative ways to avoid paying for services their subscribers needed and received. I know there is an exception for every rule, and there are likely some unscrupulous providers out there who would intentionally stay out of network at the expense of their patients. But it would be a stupid and unsuccessful business model. As you might imagine, a patient who received a giant bill that surprised and outraged them is much less likely to pay than an insurance company with whom that provider has contracted. Such an unethical, knucklehead provider would soon have to close their practice because so many of their patients were unhappy and so many of their bills unpaid.

It sounds outlandish when that model is applied to another industry, but people seem to accept it as business as usual in the healthcare industry. It’s also much more absurd to see the grocery store as the villain for expecting to get paid, though nearly every article that has been written, and the laws currently being written, on surprise billing take that position without apparent irony.

What ridiculous path has led to such a preposterous model for healthcare providers to navigate in order to be paid for their services? If you go back far enough, there was a time when medical practices were paid directly by their patients on the day they were treated, similar to how nearly every other industry works. Patients with insurance coverage would then submit a claim to their insurance company to be reimbursed for that expense. Then, as now, it was good for the bottom line of an insurance company to look for ways to not pay some of those claims. The complexity of the requirements for claims to be payable made it more and more difficult for patients to successfully obtain reimbursement, so medical practices began submitting those claims for them. The efforts insurers took to make obtaining payment on medical claims so difficult made it so patients could no longer do that part of their job, so medical providers picked up the slack. That soon became the norm, and you’d be hard-pressed to find modern examples of patients billing their own insurance. Though, apparently just for the benefit of nostalgia, there are still vestigial places on modern claim forms for patients to assign their benefit to be paid directly to their provider and for the patient’s signature.

This courtesy extended to patients long ago was the first of many ways that risk has been shifted from insurance companies to healthcare providers over the years. From that point on, instead of being paid for their services upfront, healthcare providers would accept the risk that they needed to navigate each insurance company’s individual requirements in order to be paid. Insurance companies have added more requirements over the years, usurping even the right to have the determination of whether a service is medically necessary made by their organization instead of by the medically-trained provider actually responsible for treating the patient’s condition. More recently, outcome-based payment models have further shifted risk from payer to providers by limiting the amount that will be paid for an episode of care. That means though a great many factors outside a provider’s control affect the outcome of a treatment (patient lifestyle, patient diet, patients not following medical advice, heredity, not filling or taking medicine as prescribed, etc.) providers are expected to absorb the risk for non-compliant patients or patients whose comorbidities complicate their outcome. Pooling risk is at the heart of what insurance companies do; they have a number of healthy patients paying premiums each month, which allows them to fund treatment from a pool much bigger than just the premiums paid by sick patients. By contrast, nearly every patient a provider sees is sick; they have no pool of healthy patients paying them monthly, across which they can spread the costs of treatment for unusually sick or noncompliant patients. They are not the ones who should bear risk for an unhealthy society and patients whose behaviors are out of the provider’s control once they leave the office. It’s yet another area where insurance companies don’t do their job, and providers are expected to pick up the slack.

Providers also have less control than the public seems to understand over which patients they treat. Primary care providers schedule patients based primarily on patient need and provider availability. Specialists treat patients that are referred to them based on the correlation between their expertise and the patient’s condition. Hospital-based providers treat any patient that requires care in their specialty during their shift. All of them are willingly bound by oath to treat any patient regardless of their characteristics or ability to pay. One fact that seems to allude the public is that most physicians treating patients in a hospital aren’t employed by the hospital. Providers in private practice enter into call coverage agreements with hospitals to make themselves available when patients need inpatient or emergency care, but they remain independent entities. And for reasons too numerous to itemize here, that is as it should be; you wouldn’t want all healthcare providers employed by one entity.

As mentioned early, insurance companies do not contract with every healthcare provider who wishes to join their network. As many providers will tell you, their requests to contract with insurance companies can be rejected or met with the response, “our panel for your specialty is full at this time.” This gives them no possibility of being in network, even if they find themselves treating a patient with coverage through that insurance company, at an in-network hospital.

Insurance companies have a huge upper hand when it comes to contract negotiations with small medical practices. And, as you might imagine, they use that leverage to their advantage. Insurance companies contract at different rates with different practices, and they have the advantage of knowing what those rates are. Medical practices would risk price-fixing accusations if they shared rate information with one another. Furthermore, large insurance companies know they can reject – with little risk of consequences – contracting with a practice trying to negotiate a higher contract rate. Independent medical practices aren’t afforded that option, without the risk of losing a significant portion of their patients or participating in the dreaded out-of-network billing at the heart of this discussion. Surprise billing legislation currently being considered at the federal level, and already in place in many states, requires out-of-network providers to accept an insurance company’s in-network rate (or a similar insurance-company-suggested amount) as the maximum payment. This means what a large insurance company offers a small practice is all they would be paid by that insurance, whether they accept the contract or not. That would take any remaining leverage away from private practices, so insurance companies can draft the terms of their contract entirely to their benefit, with no downside if they are rejected. That is unethical, un-American, and anticompetitive. Even worse, it puts insurance companies in an even stronger position to make medical decisions based on financial motivations, instead of having them made by healthcare professionals at the time of treatment.

Healthcare providers have had to pick up the slack as insurance companies have absorbed less risk and have made it so complicated to get a claim paid that patients can no longer do it themselves. It’s so complicated many medical practices struggle to do it themselves, and have to outsource to companies like mine that specialize in medical billing. Now insurance companies have created the surprise medical billing problem by refusing to contract with many providers, not including some new plans in their existing contracts, and drafting harsh out-of-network terms into the coverage plans for their subscribers. The solution they propose, which so far has been accepted without challenge by legislators and the general public, is to force healthcare providers to accept their rates whether they are contracted or not. Try to imagine another industry where a company is contracted to do a job, finds creative ways to avoid it, then finds a way to force the consequences of that onto the other organizations in the industry. The more logical solution is for insurance companies to just do their job.